dog is a distributed firewall management system designed to manage hundreds+ of per-server firewalls. Currently iptables on Linux supported, but others could be added.

dog is your network guard dog.

‘dog-fw’ is the search friendly name for dog. 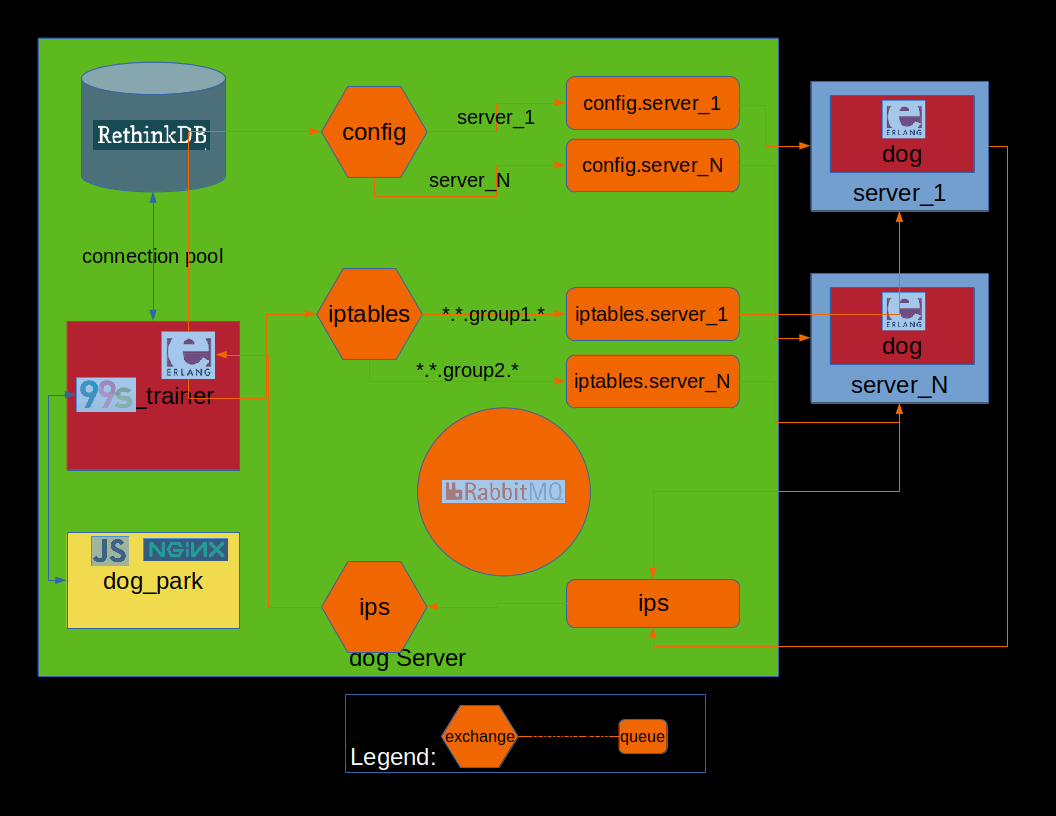 A working dog environment on containers in a local VM